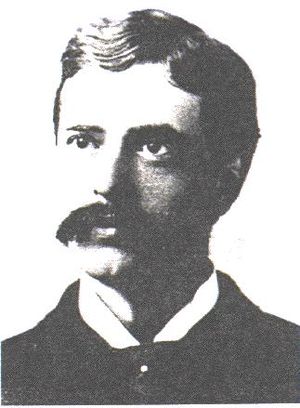 Irving Fisher is mostly remembered, a bit unfortunately, for writing that stock prices were at a permanently high plateau…right before the Great Crash of 1929. He also invented the Rolodex, pioneered early economic statistics-gathering, wrote of the Fisher money equation PY=MV and the Fisher debt-deflation cycle. (See Sylvia Nasar’s Grand Pursuit - interesting but wouldn’t consider it must-read.) For a while, he paid his employees in real wages. When his statistics showed the cost of living went up, their wages went up automatically. This made them very happy and think he was a great guy to work for. But then the price index went down and wages dropped. They weren’t happy about that at all and thought they were worse off.

People clearly aren’t able to make a month-to-month calculation in their head about where their wages stand relative to the economy’s overall price level. If you deem this a blinding glimpse of the obvious, you may not be fit to be an economist. Lots of economic models assume that people do all their thinking in real terms.

It’s all the more astounding that economists think ordinary people can do this, when economists themselves can’t even agree on what price measures to use for different purposes… should the Fed target CPI, the GDP fixed-weight deflator, the PCE chain-weight deflator? And the assumptions that have to go into those about imputed rent, hedonic adjustment, are pretty complicated and at least partly subjective (although they are necessary and smart people do the best they can).

If you’re an economist, you talk about people’s anchored expectations about prices as ‘money illusion,’ as if the actual greenbacks you’re forking over are the illusion, and the ‘real’ numbers analysts conjure up are substantial.

If people thought in real terms, monetary policy wouldn’t matter. It wouldn’t have any effect on real economic activity. You could use gold, or fiat currency, or whatever you wanted, and people would constantly adjust prices.

But they don’t. So everyone generally tries to avoid changing prices, or obscuring it when they have to with fancy packaging gimmicks. Humans try particularly hard to avoid dropping the prices and wages they receive, and the fact that prices are sticky downward is easily observed, and has a strong foundation in the behavioral economics of loss aversion.

I think the gold crowd is far too optimistic about the ability of a modern, growing global economy to work with a fixed money supply. The experience of the gold standard was one of constant crises, deflation, and crashes.

In an ideal world, if the supply of fiat money grew (and occasionally shrank) with the demand for it, prices would be stable. It’s always more painful when prices and production have to adjust, instead of the supply of money.

A modest, predictable inflation rate is not a very bad thing, because it means that prices that don’t change are actually going down in real terms. So the prices that should go down but are sticky get a constant gentle push.

The gold crowd is also justifiably, but excessively pessimistic about the ability of central bankers to set sound monetary policy. They have a tough job, and things will get messy if they don’t.

← The New Information Diet: Web and Social Media Best Practices For Investors How to Create the Ultimate Linkfest →