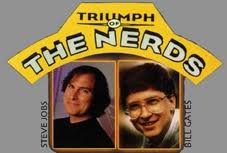 *Apple reported a blowout iPhone 6 launch quarter. In fact, reportedly the largest quarterly profit ever reported by a public company. I had a feeling they would blow away expectations, the iPhone 6 looks and feels great, it’s a must-have upgrade. * Apple now has, contra Steve Jobs, an iPhone/iPad for every size and pocketbook. Not to mention deep inroads in fast-growing economies where it’s very bling-y. Everyone I know (mostly rich white NYC folks) either has one or wants one.

And I’m an Android guy, cheap and tech-savvy, and I want one too!

The current crop of flagship Android devices (Samsung Galaxy S5, Moto X, HTC One, OnePlus One) has better specs for less money than iPhone. But they lack excitement. They’re S3’s with better specs. I want to try Apple Pay and see if it’s the future, even the Apple Watch.

I’ll probably wait for the Samsung Galaxy S6 in the spring. The specs are nuts and the wireless charging is cool. I really like being able to take out the SD card and battery. And I really like the idea of a phone where if I lose it, I can probably replace it pretty cheap on Ebay.

But I feel the irresistible pull of the iPhone.

The biggest thing the iPhone has going for it is, it’s the phone for the cool kids.

All those folks (mostly rich white NYC folks) that, for professional and social reasons I would like to impress with my brilliance and tech savvy and general with-it-ness, are iPhone now, just like they once were BlackBerry. And Android and Samsung are sort of the poor cousins. 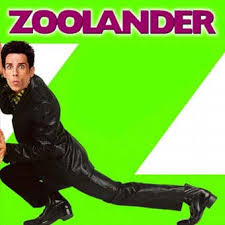 And that’s the enviable market position of Apple: It’s the revenge of the cool kids.

Microsoft’s triumph was driven by standards and economics. Corporate IT picked IBM and hence Microsoft. Clone competition drove costs down. Scale and platform effects made PCs and eventually Windows ubiquitous.

The iPhone is driven by the consumers. No IT folks pushed iPhones. End users demanded it.

The iPhone has a healthy app ecosystem. Android…well… all the cool apps come out on iOS first and Android is an afterthought, unless there’s some Google juice involved.

Why? For one thing, the cool kids include the early adopters with disposable income, and that’s who app developers target, and they buy iPhones. For another, Android development is hard, a pain, a mess. It’s a more fragmented platform, more OS versions, form factors, hardware configs in the wild to deal with. And the toolchain sucks.

Android matches iPhone feature for feature. A lot of iPhone features (voice input/control, notifications, widgets, big screens) came from Android. iPhone may be a slightly slicker user experience. But iPhone has one ace in the hole: A better app ecosystem, and the next Instagram/Snapchat/Yo will not show up first on Android.

This drives a virtuous “God device” cycle for the iPhone.

At one time I thought: Microsoft is the new IBM. Google is the new Microsoft. Apple is, well, the new Apple. Makes highly differentiated products at a premium, beloved by cognoscenti, too expensive, too loathed by OEMs (phone companies) to own the smartphone market when it’s mainstream.

But instead, over time, the Android and iPhone user bases diverge more and more, which diverges the branding and to a lesser extent the app ecosystems. Fragmentation and competition make Android cheap. But decreasingly relevant, as they can’t drive apps like payments mainstream, or categories like watches, maybe virtual reality.

And that’s why Apple earns more net income than Microsoft and Google combined, and on net the rest of the mobile phone industry makes no money.

Is it a defensible position for Apple? Well, the insane margins have been declining, but Apple has been more than making it up on volume growth, even as its share of smartphone units is pretty flat.

I’m not saying it will go on forever. But it seems clear the margins won’t get competed away to nothing, like in the rest of the market. At least until something better blows iPhone out of the water.

And there are opportunities for growth. Payments could be huge. Of course in the future you’ll pay with your phone, and you’ll get offers, manage loyalty programs on your phone.

And who knows if something like watches could move the needle of incremental growth, or be a monster, the next big thing.

But we’re in an era no longer dominated by new technologies opening new vistas. Instead, it’s about making insanely great products with the technology platform we have, reinventing communications (WhatsApp, Snapchat, Instagram) and industries from the ground up (Uber) and driving adoption with a viral brand/fashion dynamic. And that tends to play into Apple’s hands.

← The Dark Web Stack, Or How To Eff Up The Net A Greece reading list (Or why the euro is doomed) →