Disclaimer: this is not investment advice! For educational purposes only. Past performance may not be representative of future results.

A few years ago I was researching withdrawal rates for a relative, and I found the wonderful paper by Bill Bengen on the ‘4% rule.’ The original 4% rule, subsequently updated by Bengen, says that you can invest 50/50 in stocks and bonds, withdraw 4% of your starting portfolio each year of retirement, adjust that number for inflation every year, and in a 30-year retirement, you would never have exhausted your money in any retirement cohort since 1928.

Then I started thinking, what would happen if, instead of a hard no-shortfall constraint and a fixed withdrawal rate, we asked what flexible rule would maximize spending for different levels of risk aversion?

This leads to us to a generalized set of rules, where:

Here are a couple of example results first, and then I’ll explain in more detail what it means, and how it was computed:

Asset allocation: Invest a fixed percentage in stocks and bonds, i.e. 60/40. One parameter determines the allocation: stock_alloc, with bond_alloc = 1 - stock_alloc.

Given these 4 parameters: stock_alloc, fixed_pct, variable_pct, floor_pct, a stream of stock and bond returns, and a starting portfolio, we can calculate how much you would have spent in each year of a 30-year retirement.

And given 64 historical retirement cohorts, we can calculate all the cohort retirement outcomes for a set of parameters, assign a score to each one, and apply an optimization algorithm to find the parameters that yield the best score.

CRRA means that you prefer a certain or constant cash stream to a variable or risky one drawn from a distribution; and your preference for similar bets relative to your wealth is invariant as your wealth changes. If I give you a coin-flip with a given positive expected value, for example lose $1/win $2, you will bet the same percentage of your wealth, whether you have $100 or $100,000. And your risk aversion parameter gamma determines whether or how much you choose to bet. If you are risk-neutral you bet more, if you are highly risk-averse, you bet less or refuse the bet.

To calculate certainty-equivalent spending at a level of risk aversion gamma, we convert dollar income streams to the corresponding CRRA utility using gamma. We take the average utility of that income stream, and convert that utility back to dollar spending. This gives us the constant-stream cash flow that would have the same utility as the original variable cash flow at the level of risk aversion represented by gamma.

In essence, we are discounting the cash flows based on their volatility, in the manner implied by CRRA utility. Then, for a given level of risk aversion, we can find the retirement strategy that maximizes certainty-equivalent spending.

I don’t claim that certainty-equivalent spending is a perfect metric to maximize according to any economic theory. But I believe that:

If you are making consistent choices, there is some objective function you are maximizing. Certainty-equivalent spending is one possible such objective function, which allows us to compute historically optimal strategies based on the level of risk you are willing to accept. Here is a complete table of results at different levels of risk aversion gamma: 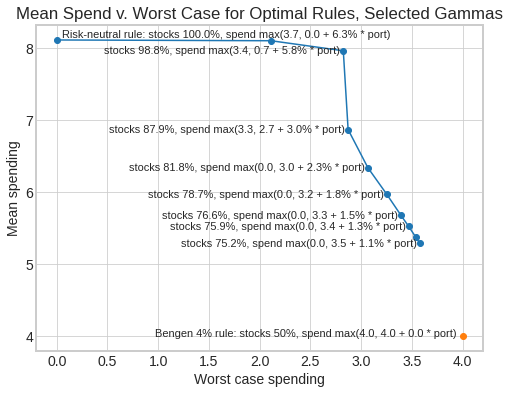 Using some of these rules, a retiree could often have achieved a higher expected withdrawal rate than 4%, at the cost of a modest worsening of the worst-case withdrawal rate. As risk aversion increases, stock allocation decreases, fixed spending increases, and variable spending decreases. The floor parameter is used only at low risk aversion, but may be generally useful in explaining rules. (Or if not, it may be superfluous.)

I don’t assert that one necessarily should maximize certainty-equivalent spending, or that empirically people do try to maximize it. But one could, and it generates a useful menu of strategy choices along a risk continuum.

All models are simplifications, but some are useful. In practice, this framework may allow retirees to visualize and choose between good rules at varying levels of risk tolerance. Knowing that a rule is the best performing according to our metric, and being able to visualize historical performance, may allow retirees to stay the course or make necessary adjustments in adverse environments.

In performing this analysis, my goals were:

1) A simple model where we can create understandable strategies that may improve on a fixed withdrawal, at varying levels of risk aversion.

2) To evaluate leading gradient-free optimizing frameworks2, including scipy.optimize L-BFGS-B, Optuna, Hyperopt, Platypus, Nevergrad, and Ax. The two that worked best were L-BFGS-B and Optuna, with Dlib, Platypus also yielding useful results. Optimizations were run with and without the floor parameter (‘No floor’: floor fixed at 0). Numerical optimization finds a numerical approximation of the best objective, but we see the optimizers mostly converge to very similar answers, in a reasonable amount of time. 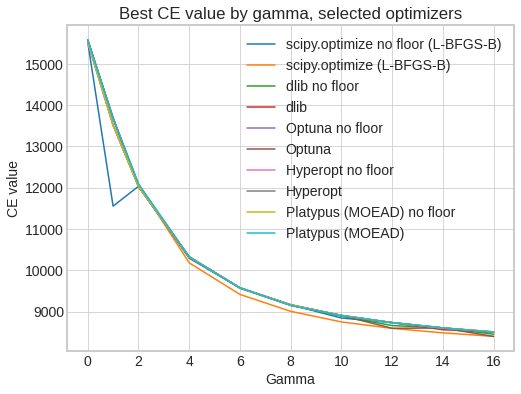 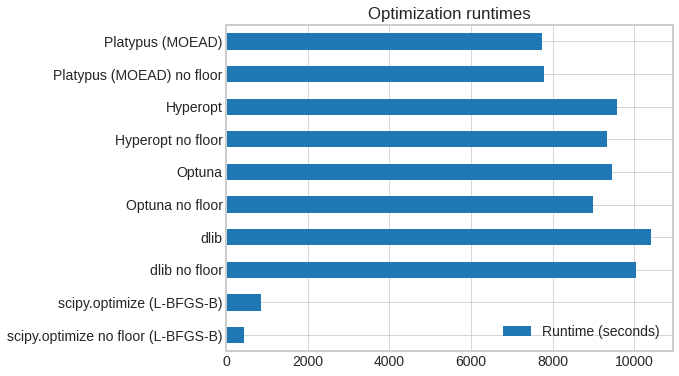 3) To build a flexible Python framework for safe withdrawal retirement problems that accomodates:

An online tool allowing you to try out and visualize different rules is here.

Additional research that may be pursued within this framework:

Much appreciation to Adam Goldstein and Rudy Beutell for helpful comments and suggestions.