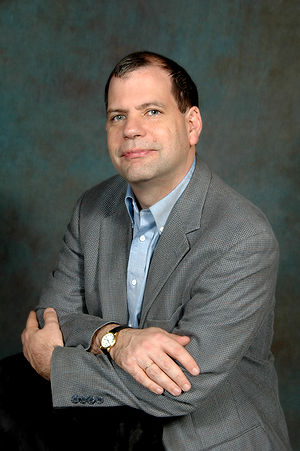 The brilliant, provocative, and slightly mad GMU economist and blogger Tyler Cowen wrote his New York Times column about why the Euro zone is headed for breakup. Some editor read the column, spit out his coffee, and smacked a headline on it that buried the sensational implications, which may be prompting calls from Euro-mandarins to Sulzbergers as we speak.

Here is why the Euro is ultimately doomed:

Suppose the US and Canada have divergent economies, but separate currencies. Both countries make cars. Canada is (purely hypothetically) a poorly performing economy, with poorly educated, unproductive workers, inept management, high taxes, inefficient government regulation and services, resulting in low quality, expensive cars. Canada will have a hard time selling its cars internally and exporting them to the US, while the US will export cars. As consumers buy fewer Canadian cars and investors have little reason to invest there, the Canadian dollar will tend to decline vs. the US dollar. But as the CAD declines, Canadian cars will start to get cheaper relative to US cars in both countries, allowing more to be sold. Poor productivity growth leaves Canadians with a lower relative standard of living as imports get expensive, but they can still sell some cars, and the adjustment in the currency cushions the impact on production and the domestic economy.

Now suppose the two places we’re talking about are Michigan and Alabama, which share a currency and a common Federal government. Alabama’s car manufacturers do well, Michigan’s do poorly. Michigan can’t devalue its currency, since it shares the USD with Alabama. Its auto sector shrinks. People are laid off from Michigan car factories, and some of them move to Alabama, where car workers are in demand. The overall US economy is doing no better or worse than before, and as Alabama booms, taxes are generated, and help the Federal government pay for unemployment benefits, retraining, pension benefit guarantees, social security as older workers retire, and other help for Michigan. There is no currency cushion, but labor mobility and transfer payments cushion the adjustment.

Now let’s go back to the first Canadian example, and suppose the US and Canada shared a currency. Canada can’t devalue, so its cars remain uncompetitive and manufacturing shrinks. Workers lose jobs, but can’t easily move to the US due to language and cultural barriers. Canada’s unemployment rate goes up, tax receipts decline and the Canadians have to borrow to pay unemployment benefits and cut services. They start to run deficits and eventually they’re on the brink of default. They turn to the US for help. US taxpayers feel they did everything right, so why should they bail out those lazy Canadians? Canadian taxpayers feel like those hegemonic Americans are telling them what to do, and running a currency and interest rate policy that impoverishes Canadians.

When the ‘North American dollar’ (NAD) status quo becomes politically unsustainable, one of two things can happen. 1) The Canadians go back to the CAD, which depreciates sharply, making it impossible to pay back USD debts. They default on sovereign debt. They institute capital controls which make it impossible for their companies to pay back ‘North American dollars’, and rewrite the rules so foreign debtholders can’t take the assets in bankruptcy.

Or 2) the US goes back on the USD and Canada stays on the NAD, which depreciates sharply. Now the Canadians can pay back their debts in cheap NADs, and there is no need for a messy default.

Either way, any poor suckers who end up with Canadian assets and US liabilities get taken to the cleaners, including banks which will be busted and have to be taken over by the government or get massive bailouts.

Substitute EUR for NAD, Greek drachmas, Irish punts and Portuguese escudos for CADs, deutschemarks for USDs, and you get the picture. The fundamental problem is that Europe’s monetary integration is too far ahead of the economic, social and political integration. Perhaps a bailout will be arranged this time, but the next one may be politically impossible. Unless the political and economic integration catches up, a sufficiently big crisis will inevitably rip up the Euro zone. Either a hard core centered in Germany will secede from the Euro, which seems less damaging and therefore more likely, or some peripheral countries will undergo Latin American style political and economic upheavals.

Either way, it will be a huge mess. The massive banks are already somewhat crippled by huge home mortgage losses; they have hard-to-disentangle cross-border operations; and there are a multitude of governments and regulators who coordinate with great difficulty.

← Why I am not a libertarian Can the US default on its debt? →