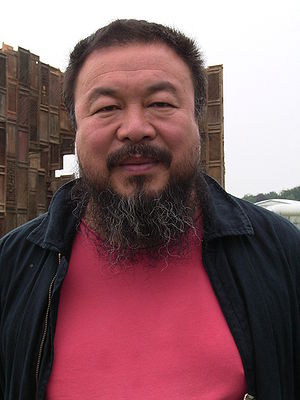 The Chinese government has taken insecurity and paranoia up a notch in the wake of the Jasmine uprisings in the Arab world. They have ‘disappeared’ dissident artist Ai Weiwei and cracked down hard on human rights activists, meddlesome lawyers, and dissidents. That is reason number one there will be no revolution in the near future: the government is perpetually on guard against any threats. China is not a police state like East Germany was. Individualism thrives. But the government sets down bright lines. You can do or say anything you wish, as long as you do not threaten the legitimacy of the Chinese Communist Party’s hold on power. If you do, the full force of the state will be brought to bear.

Reason number two: The Chinese leadership is competent, and deploys the carrot as well as the stick effectively. It responds to protests, and reacts flexibly to sources of unrest, like the truckers strike.

Reason number three: The Chinese system has been successful. Relative to the West, it seems like economic and political oppression. But relative to where China was 30 years ago, the CCP has delivered an economic miracle, and there has been an uneven path toward liberalization, up to a point. The CCP delivers the goods, and no one wants to go back to the years of chaos.

Reason number four: Competence and success lead to legitimacy. Revolutions generally occur when the incompetence of out-of-touch leaders results in economic crisis or military disaster, intolerable disappointment for the masses, and loss of legitimacy for the leadership. The French Revolution is the archetype: it was probably not a great idea to summon the Estates General in a state of economic crisis, after years of mismanagement by the establishment, and after the moral authority of their rule had been undermined by intellectual and popular culture for decades. Even so, it was not until the king tried to flee, disguised as a butler, to link up with allied foreign armies, that the legitimacy of the monarchy was fatally compromised and its overthrow inevitable.

No one can argue that China has not ‘stood up’ in the last 60 years. Even disasters like the Great Leap Forward and the Cultural Revolution did not result in a serious threat to the CCP.   Despite what Westerners might see as oppressive dictatorship, the masses don’t rise up against competent governments that deliver economic results.

Reason number five: there is no effective, nationwide organized grass-roots opposition, nor any history or tradition of one. There is a tradition of wise intellectuals speaking truth to power, like Ai Weiwei. There is a tradition of spiritual movements arising as an expression of dissatisfaction, like the Falun Gong. The CCP suppressed the Falun Gong harshly, even though it seems innocuous, because they know the history of the Boxers, the Taiping, the Red Turbans, the Yellow Turbans, etc. But their is no tradition of effective mass protest. The biggest reasons the 1989 Tiananmen protests failed was that the students were disorganized, feckless, and did not have nationwide support. If they had made modest, clear demands that could have been partly accepted, instead of vague demands for radical change, they might have gained legitimacy, built a lasting movement, and history might have been different. In many parts of Western Europe, organizing popular movements, general strikes, and barricades was practically a national sport. In China, suppressing noble but futile expressions of dissent is a national sport.

Reason number six: there is no tradition of grass-roots democracy. In the West, from an early age, everyone votes on everything, majority rule and self-determination have enormous legitimacy. In China unlimited individual freedom is not a universally accepted value, and the will of the people is not always seen as the wisest. Respect for authority and elders is a deep-rooted Confucian virtue.

On a generational time scale, Chinese people will travel to Hong Kong and the West, and wonder why their Internet is censored, why they can’t criticize the government, and why so few of the benefits of growth filter down to the masses and so many accrue to princelings and corrupt officials. Eventually the economy will have a hard landing and the government will hit a wall. The government is like a white-water kayaker heading down the rapids _ every time a cataract is navigated or a boulder is averted, there are more and bigger dangers downstream. Or, as the saying goes, like an elephant riding a bicycle…as long as the wheels keep spinning all seems well, but when there is trouble it will be a very big mess.

But until the wheels fall off, dissent is likely to be limited and local, and the government has clearly shown the resolve and lack of scruples to head off wider unrest.

← Questions for Gentle Ben What is money? →