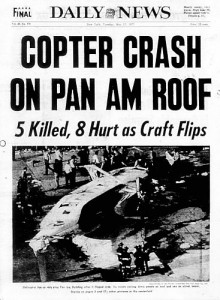 Watched Margin Call last night on iTunes and woke up cranky. Here is a short list of things that it gets wrong about Wall Street.

Beyond the proximate effects of the real estate debacle, the financial crisis went down because of moral hazard (in some cases thinly disguised looting), excessive leverage, and dangerous interconnections that made the whole system vulnerable to a domino effect if one big firm went down.

And that leads to the biggest question of all: granted that there may be firms taking big risks and blowing themselves up from time to time, how the hell does it become the job of the taxpayer to give them money when they do?

This stuff is not too complicated to explain. If you don’t take a stand on the causes, ascribe it to the fickle winds of fate, the risk fairy, and normal people just doing their jobs, then wittingly or not, this film is a tool of the people who manufactured the crisis, and now try to blame everyone but themselves.

Skip this move. Go see ‘Inside Job’ instead.

← Occupying Ourselves Why only millionaires should play Powerball →