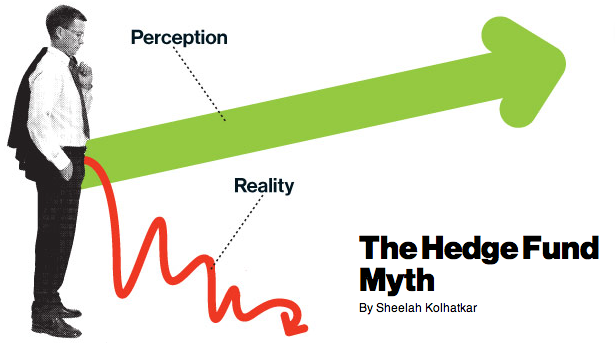 I was playing poker with hedge fund CTO types over the holidays and they were debating whether they were underpaid.

Given some of the skills, years of training, responsibilities, trust, hours involved, some argued, it’s lamentable that senior IT folks get paid mid 6 figures, when mid-level investment staff make 7 figures.

(A rule of thumb in a well-established hedge fund might be, in a good year the top guy makes 9 figures, the most senior trader/analyst/PM types make 8 figures, the workhorse mid-level folks make 7 figures. While there are a few exceptional hedge fund CTOs who are partners and earn on a par with senior management, most earn far less).

So, time for some game theory / micro-economics 101.

Suppose there are 100 hedge funds. They each need a CTO. Suppose there are 101 guys who have the right skills and training to be CTOs. If you hire a guy who doesn’t have the chops, the fund has a 25% chance of a crippling crash, cyber-attack, trading system outage that puts you out of business.

Now, 100 guys will get jobs, and 1 will be left unemployed. That guy will send out his résumé and basically be willing to take someone else’s job for any meaningful raise over his best alternative job. And any fund who gets that guy’s résumé is going to tell the guy with a huge partnership package to take a pay cut, or take a figurative hike. And now a new guy will be in the same position of sending out his résumé, and so on until every CTO in the industry is getting a really basic pay package.

Now suppose there are 100 hedge funds, but now there are 99 guys with the qualifications to be CTO. One hedge fund is going to be left out in the cold bearing that risk. How much should they bid to steal away a CTO from the other firm? The answer is, A LOT. In the short run you could justify giving them anything up to 25% of the value of firm every year, and still come out ahead.

It doesn’t matter how big the market imbalance is. A small shift in either supply or demand can tip the balance. And once market participants realize the other side now has the upper hand, the impact on price can be enormous.

And when it becomes a buyer’s market for the hedge funds themselves, everybody’s gonna have a bad time.

For a while, from the 90s to the end of the dot-com crash, superstar hedge fund managers seemed to have an edge. Everybody wanted in on that deal. The business got crowded. Returns suffered. And maybe a shakeout, a popping of the bubble, is at hand.

There’s a parallel to the technology ‘hype cycle.’ In the old days large investment managers had an edge. You needed big budget IT, fund accounting, marketing and distribution, scale to get management to talk to you. The advent of PCs, Bloombergs, the Internet changed that. An ecosystem sprang up of technology partners for hedge fund order management systems, portfolio accounting systems, CRMs, research analytics…along with hedge technology integrators, administrators, prime brokers. 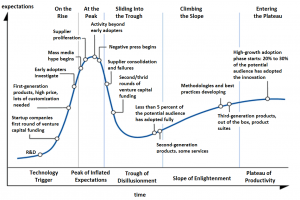 In the 80s and 90s you had a small number of pioneers who did extremely well, Soros, Steinardt, Robertson. You had a slope of hope, which eventually leads to a peak of inflated expectations, followed by a trough of disillisionment. Finally, you reach an equilibrium plateau of productivity.

Hedge funds are a star vehicle. Stars come and go, and only a few have staying power. Sometimes, when there’s enough demand, stardom can be manufactured, and even mediocrity gets rewarded. When there’s no demand, talent has to fight harder to be recognized. But talent usually finds its own level, genius usually gets rewarded, and mediocrity usually becomes a commodity.

1 In the classical economic model, wage earners get paid their marginal product of labor. In the economics described by Marx, wage earners get paid a subsistence wage. The difference is simply between a buyer’s market or a seller’s market for labor. Typically, we assume that as technology improves, increasing the productivity of both labor and capital, they stay in balance, and the increased productivity of labor means employers are willing to pay more for labor. In the Solow growth model or Piketty, if capital is easily substituted for labor, as technology improves continuously, eventually you end up with a buyer’s market for labor, and owners of capital appropriate more and more of the gains from growth. We’ve never seen this sort of economic singularity, where overall wealth grows as robots build more robots while wage earners sink to a subsistence level. But just because something never happened before doesn’t mean it can’t happen.